The Centre has a total of ten (10) meeting rooms with a seating capacity from 10 in the break-out rooms to 1,350 delegates in the main auditorium. In addition, the Centre has reserved rooms for receiving VIPs and other distinguished dignitaries.

All major rooms are fitted with modern conference equipment such as Simultaneous Interpretation Systems (SIS), multimedia (LCD) projectors and other audio-visuals. The average total occupancy for all the meeting rooms when in use is about 2,500 delegates.
The Centre hosts an average of 100 meetings each year with a total average number of 11,000 conference delegates per year, thus contributing immensely to the socio-economic development of the City and the country at large. 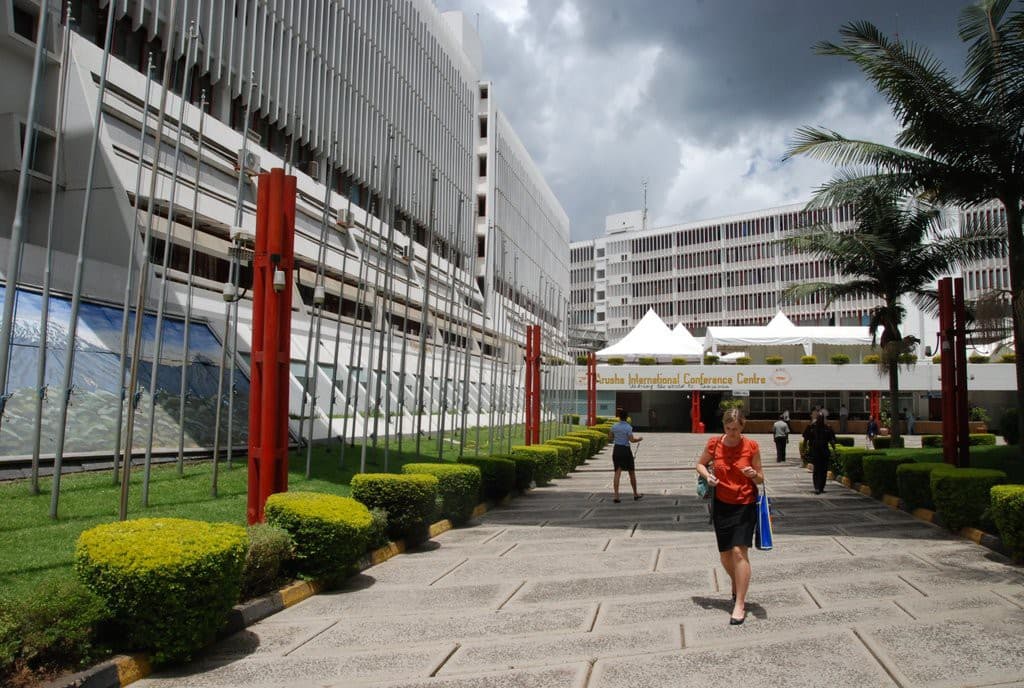 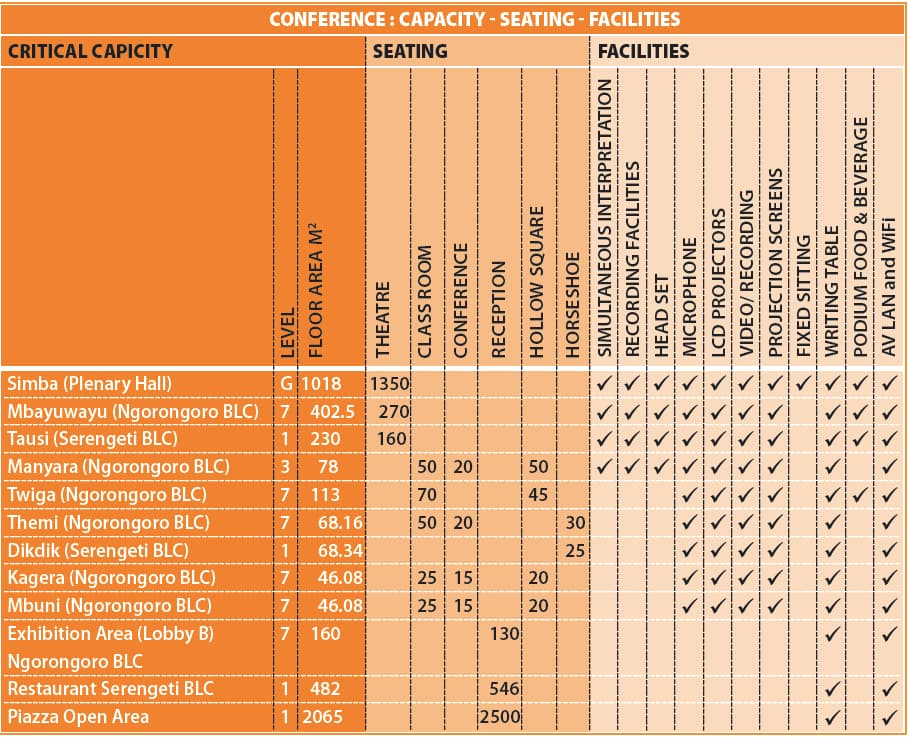 Type: Meeting room with capacity to accomodate up to 290 delegates,depending on seating arrangement.

Allow us to share with you the types of events we can organise for you. From International Meetings and Exhibitions to weddings, receptions and product launches, we can host it for you in Arusha.
See More

A conference is more than just a room with microphones. AICC strives to be a one-stop service provider for your conference needs by offering a wide range of services.
See More

Maybe you have specific questions, or simply prefer to speak to our people directly? If you leave your contact information on this page, our conference staff will contact you with all the answers.
See More